About us at Protocol 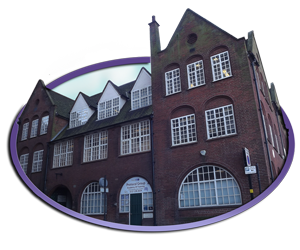 Protocol Consultancy Services was established as a Training Provider in 1996 with 2 staff (one full time and one part time) and currently in 2015 has 12 staff and a team of part time consultants.
We are an approved Work Based Training Provider for the Skills Funding Agency. (PCS is part of the Protocol Group of Companies and is a trading name of Transworld Publications Services Ltd).

Was awarded Grade 1 Outstanding by Ofsted in November 2006 and Beacon Status in 2009 and has maintained this accolade since then: -

Work undertaken is mainly in the Midlands area, through government funding although we are prepared to travel anywhere in the UK should it be necessary for the delivery of Apprenticeships and Advanced Apprenticeships. We also undertake Consultancy work in management and skills training. We have developed our own virtual learning environment that allows access from anywhere.

Based in the centre of Birmingham, at Protocol we offer a wide range of courses and apprenticeship programmes to suit the individual needs of learners and employers with fully equipped training rooms and e-portfolios. We offer: -

Get involved with Protocol

Grade One Tutors and Assessors

Our Moodle allows you access all resources for you course from any PC, Laptop or Mobile device in the world